Ahem. It's been a while. A long while. In fact almost precisely a year since I last updated the Eating the A to Z of London blog.

But a new year's resolution has prompted me to get back to it and finally type up the few countries that we did actually sample at the start of 2012 and continue with the tour!

The main reason for the delay in the project, I admit, is actually the typing up of the entries in the blog. I had actually cooked from the next few C countries, but hadn't got round to updating the site, a vicious circle ensued where I didn't want to get any further ahead without recording these, yet I never seemed to have the time to sit down and finish the entries.

So, procrastinate no more, lourobbo! To help me back into the swing of things, I've combined the 3 countries we did "visit" at the start of last year into 1 post. Mainly, because I can barely remember what I cooked anyway, there won't be much to say!

Let's start with Cape Verde. Once Portuguese owned islands off the coast of West Africa, the country's cuisine has a definite African core with Portuguese influences. There was no restaurant I could find in London that claimed to be Cape Verdean, so it was into the kitchen.

This recipe is known as Canja de Gahlinha, and is essentially a chicken and rice stew. 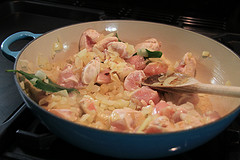 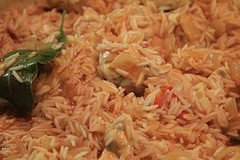 I can't claim to remember exactly what it tasted like, but I certainly don't remember it being revolting. Guess there's not much that can go wrong with chicken and rice!

Onto Cayman Islands, and another stint in lourobbo's kitchen. What I do recall about the Cayman's was that I couldn't really find any savoury recipes that either seemed that representative of the country or that was that easy to cook, so I settled for pudding only. Pudding in the shape of Cayman Island's Rum Cake.

Suzanne is a big rum fan, so we nearly always have some in he house, and usually the golden variety. I think I made this with Mountgay which is a particular favourite. The cake was pretty nice although a little dry. 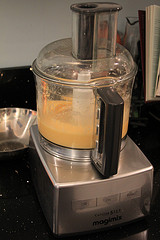 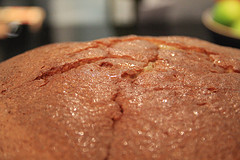 Now this is where I really begin to struggle as I hadn't actually uploaded any photos from the Central African Republic to my flickr site. Looking through recipe websites that I have used quite a lot for African dishes, I THINK it was a mince beef meatball dish by the name of Kanda ti Nyma. I remember it certainly had peanut butter in it, seems to be a staple in that part of the world and I'm fairly sure it was meatballs.

Trouble is, I can't find any pictures. James confirms that he remembers a meatball peanut butter recipe, so let's call it Kanda ti Nyma and if I ever come across the photographic evidence, I'll come back and post it on the blog. Or I may well cook it again as apparently he also remembers it being quite tasty!


Hooray! I'm back on the wagon of Eating the A to Z of London. Next up, Chad, a cook at home country, and I fully intend to be doing that this weekend.